So, one of my life goals is to never stop learning. I suppose that comes from having several teachers in my family. Here are three things I learned on my last Disney trip.

I personally subscribe to the theory that it is best to get up early, be at a park before the mythical “Rope Drop,” and get as much done as possible the first few hours. It works. It really does. However, it really helps if your entire traveling party are morning people as well and are willing to get up early. No one in my family gets up as early as I do. My wife usually gets up at a respectable time, let’s say 6:30 or so, but my kids would sleep for quite a while. It is not always conducive to our sanity to wake them up early to take advantage of the early morning lull at the parks.

During this trip, I relented and didn’t push to get an early start (most of the time). We still had to wake up the kids, but I was willing to get to the parks a little later. It did put us there when the crowds are heavier, but with Fast Pass + and some planning, I feel that we were successful in getting most of the goals completed. One benefit to starting later is that it is much easier to stay later-and one of the three things I learned that the parks are just beautiful after dark when all the lights are lit and there is a bit of mystery in the air. 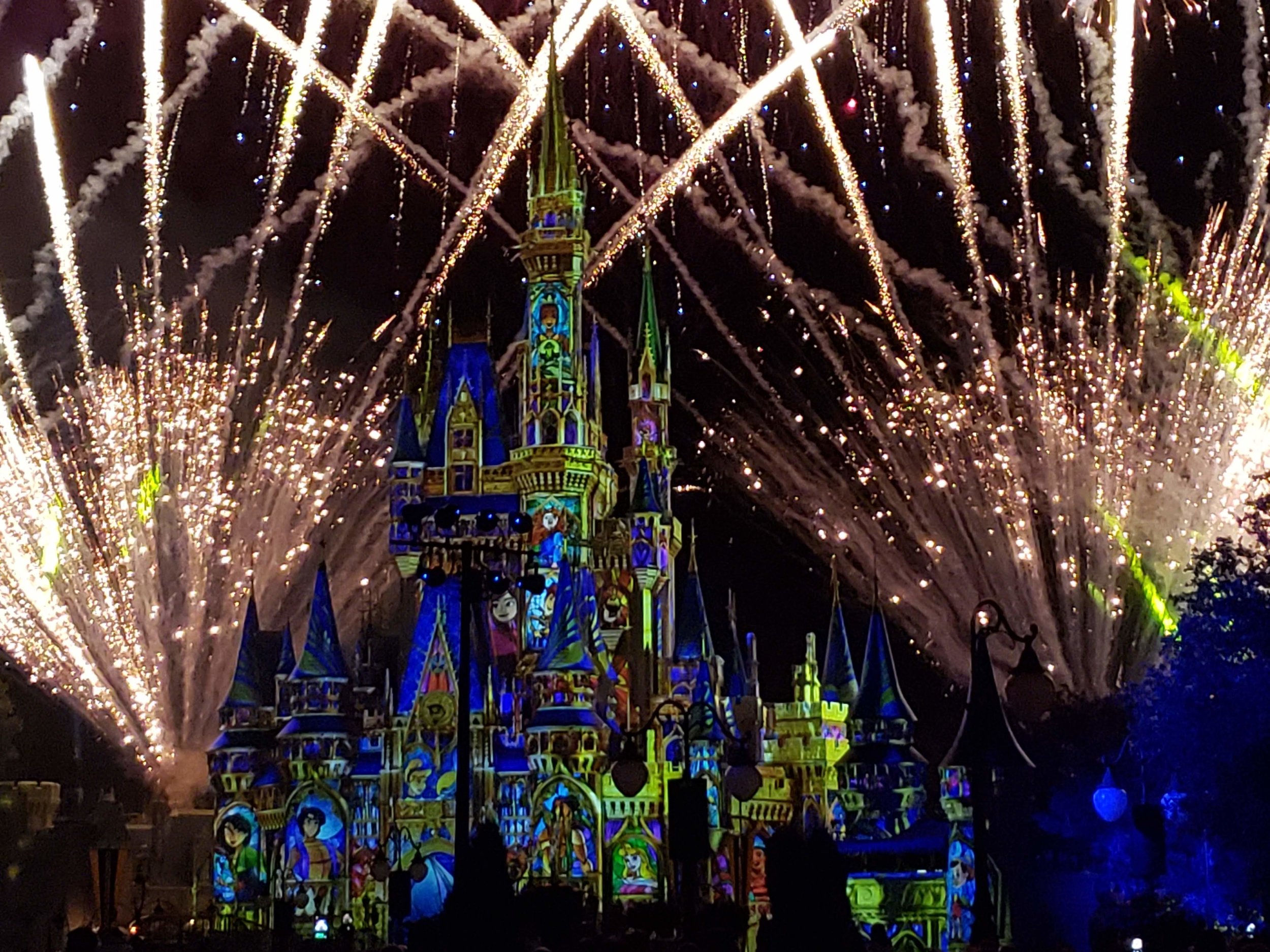 Since we drove down and had a lot of luggage, we opted to place an order to Amazon Prime Now for snacks and bottled water. We perused the items and had our shopping cart ready, full of Pop-tarts, granola bars, Pringles singles, and bottled water. There are so many items available, including DIAPERS, MILK, and FORMULA! When we went in 2010, our youngest daughter was a baby, and as we flew down, we shipped a box of diapers and formula down to our resort to avoid the baggage fees. If we ever take a baby in the future, I foresee this as being an awesome way to make transporting all the baby items headache-free.

3.  It is hard to plan a trip when more than one family is involved.

But it is totally worth it! I was able to adapt to my own family’s sleep schedule, but my mom and step-dad stayed off-site, so much of their trip was out of my control. I was able to get them fast passes that matched or overlapped our own, and I was able to modify a couple of our dining reservations to add them. However, they were at the mercy of their own resort transportation, which was not the same caliber of Disney transportation. If it is feasible, try to get everyone to stay on Disney property. Contact a Travel Planner for help!

My mom isn’t exactly a person to get up and out the door early in the morning, so it was around 11 or so before they caught up with us. It was hard trying to explain to her where we were, so we found them. We had loads of fun at Magic Kingdom (I think the history teacher in her really enjoyed The Hall of Presidents), and we closed down the park. We were able to fit in several attractions and shows and ended the evening with the After Fireworks Happily Ever After Fireworks Dessert Party. It was wonderful to me to see my parents interact with and share this day with my own kids. One of the three things I learned was to be flexible when more than one family is involved. 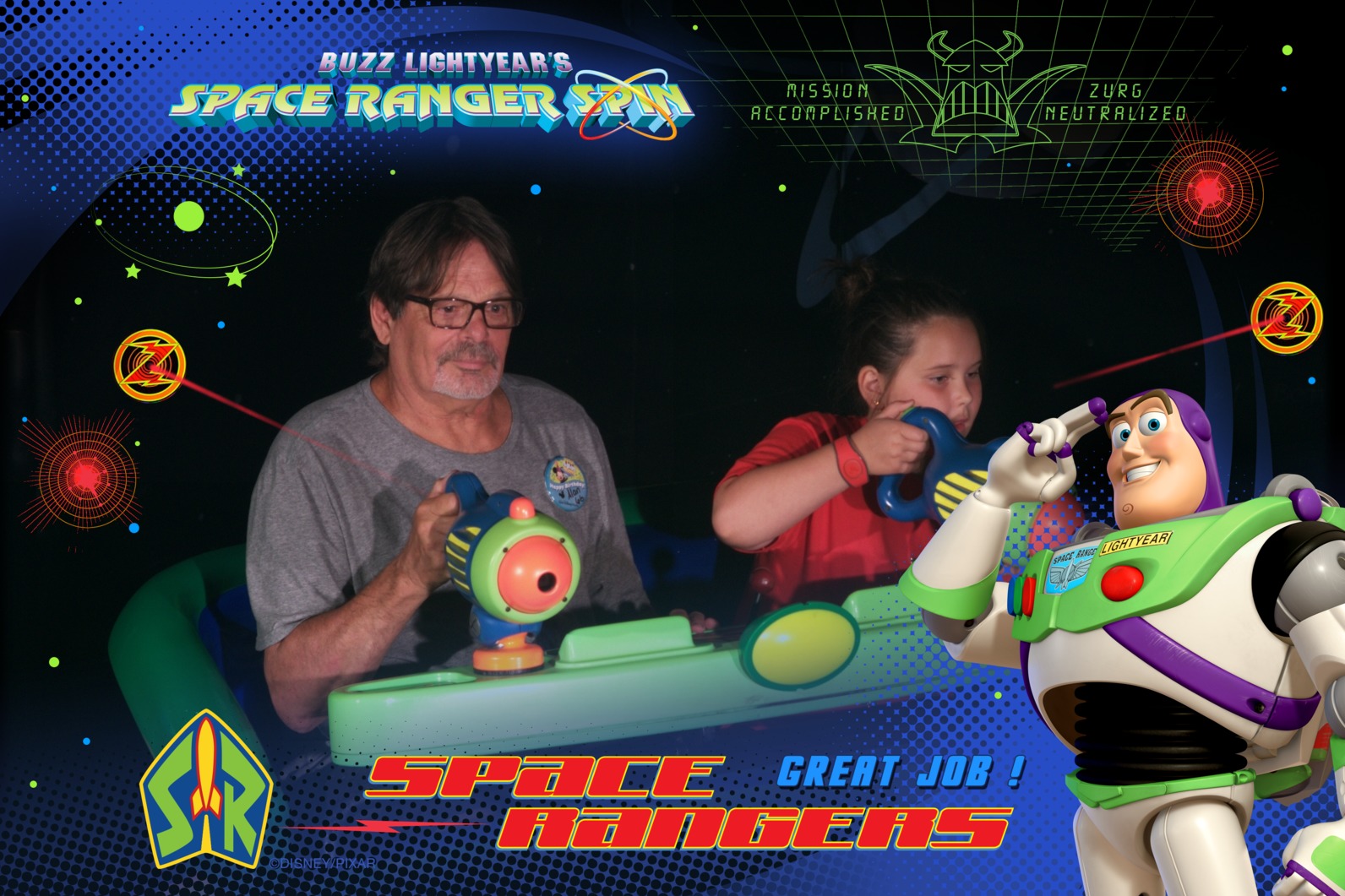 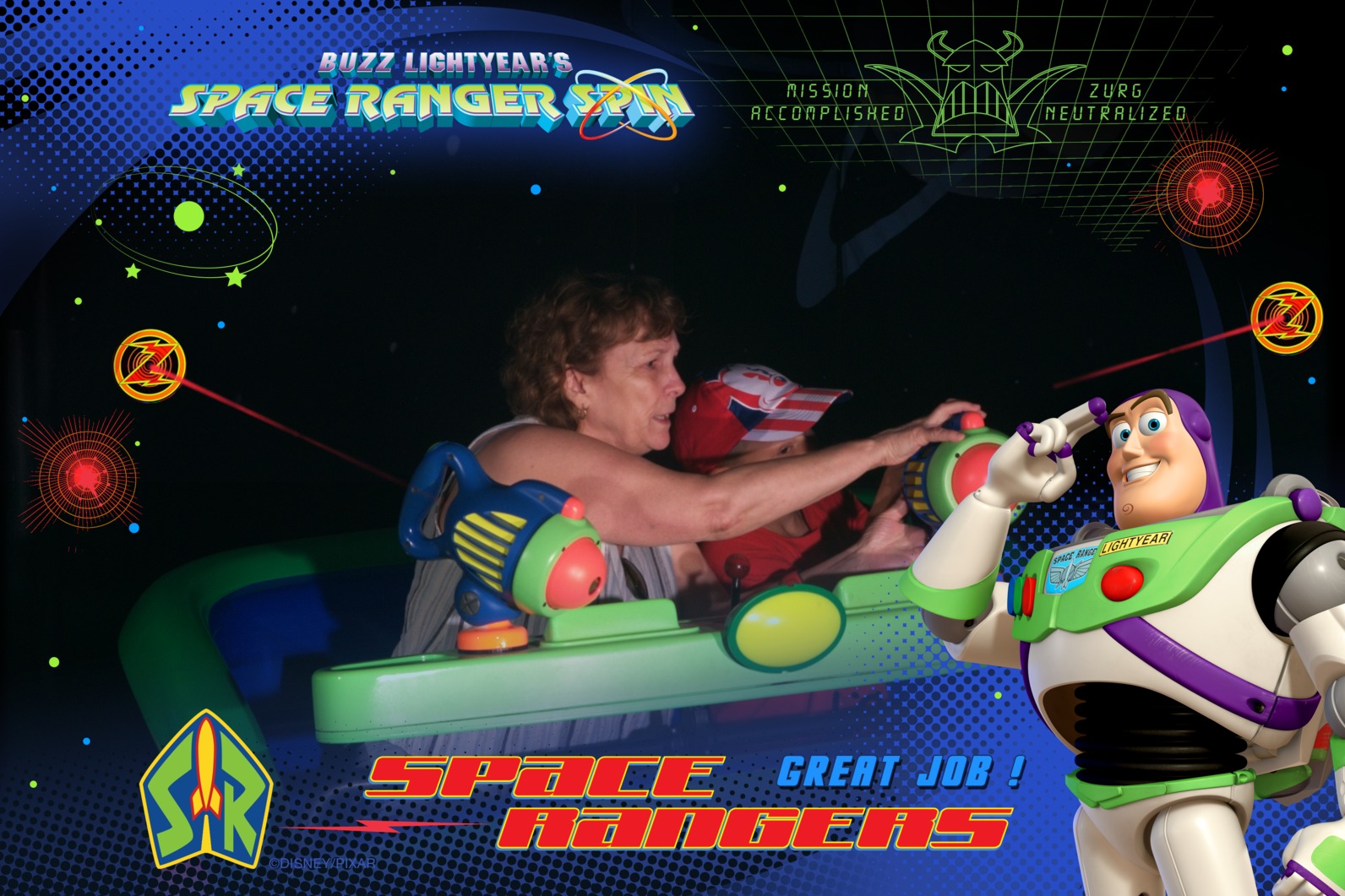 The next day was spent at Hollywood Studios. We spent the whole day there as well-I know it gets a lot of flak, but we were able to fill our day with all the shows and most of the attractions. We had a wonderful lunch at 50s Primetime Cafe, which caused my parents to reminisce-the tabletops were the same pattern as the countertops in my grandparents’ house. My parents took us to dinner at Hollywood Brown Derby with the Fantasmic Dining Package. The food was amazing, absolutely amazing, and after that, we went to meet Chewbacca. One of my favorite moments of this trip was when my mom met Chewbacca. She walked up to him and said, “Hello, old friend.” I had visions of Carrie Fisher and Chewbacca hugging when they met up in “The Force Awakens.” I didn’t even know my mom liked Star Wars. 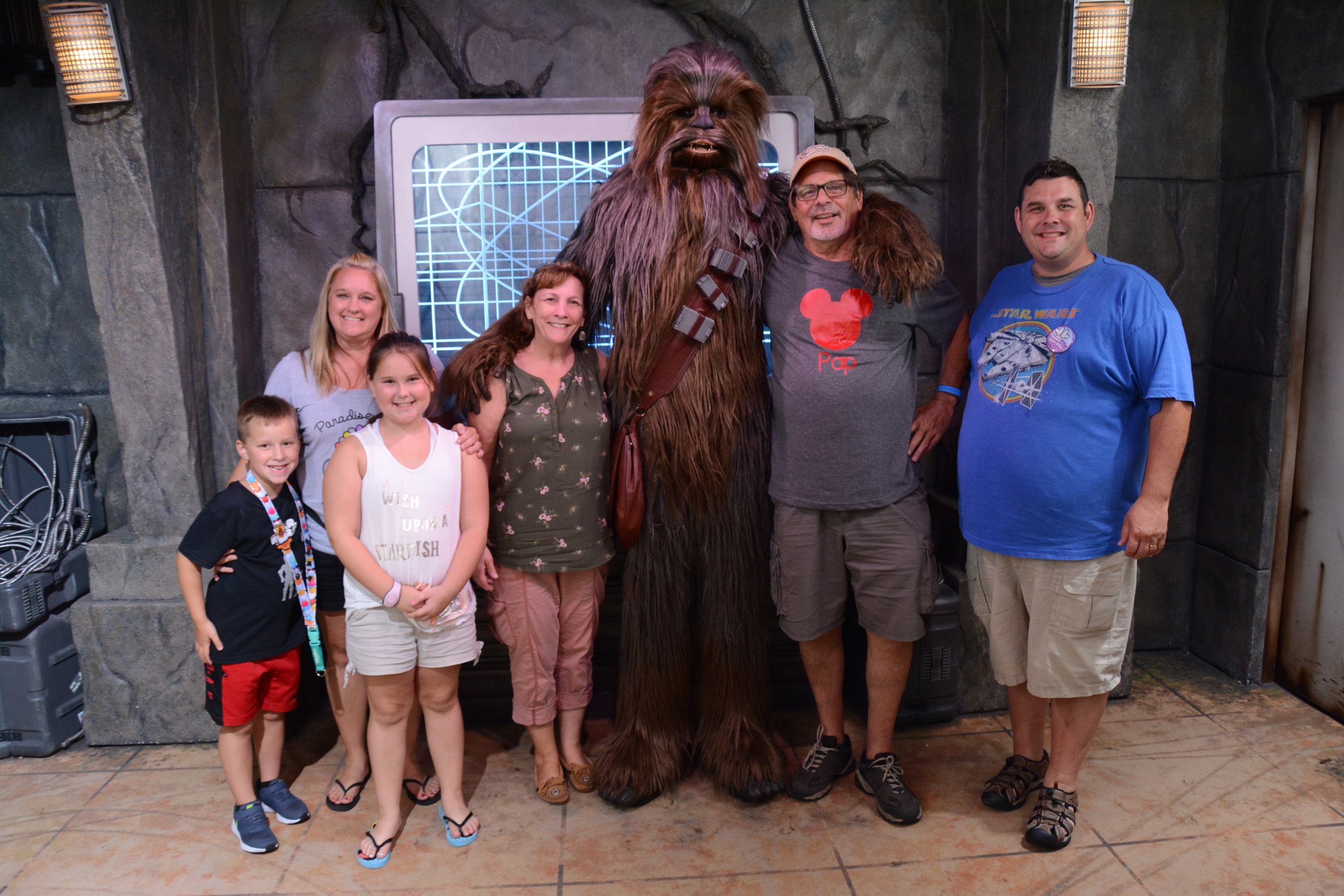 While the three things I learned on my last trip are great, I learned one other thing. All the stress of trying to meet the needs of everyone was worth it in that one moment. I realized that it was okay that we weren’t together every minute of the day. It was okay that we did different attractions and even different parks. What mattered, in the end, was that we were together, for a time, at the Most Magical Place on Earth, and we were able to witness the magic together.