I attended the 11th Annual Indy Disney Meet with my youngest kids on August 25, 2018. The Indy Disney Meet is the largest unofficial gathering of Disney fans in the United States. Over 1,500 people attended the meet this year which was held at the Hamilton County Fairgrounds in Noblesville, Indiana, which is just outside of Indianapolis.

That is the sterile news-blurb description. What was it in reality? A giant party with 1,500 of my Disney friends! The most important part of this meet is that it is a fundraiser for Give Kids the World Village, which is a “non-profit resort located in Central Florida that provides weeklong, cost-free vacations for children with critical illnesses and their families.” More than $40,000 was raised for this worthy cause through this free event!

The Indy Disney Meet, which offers free admission and free food, by the way, was something that I would never have considered attending two years ago. I am not a person who is one to enjoy meeting new people-crowds and such don’t bother me, but I am not good at talking to new people. At. All.

But, for me, the best part of this experience was meeting people!

My first meeting was with the friendly folks over at Theme Park Brothers! They did not attend, unfortunately, however, I was able to arrange a meet up with them on my drive to Indy! It was really nice to meet them in person and talk about Disney and life in general. I look forward to seeing them again when they drive through my neck of the woods. 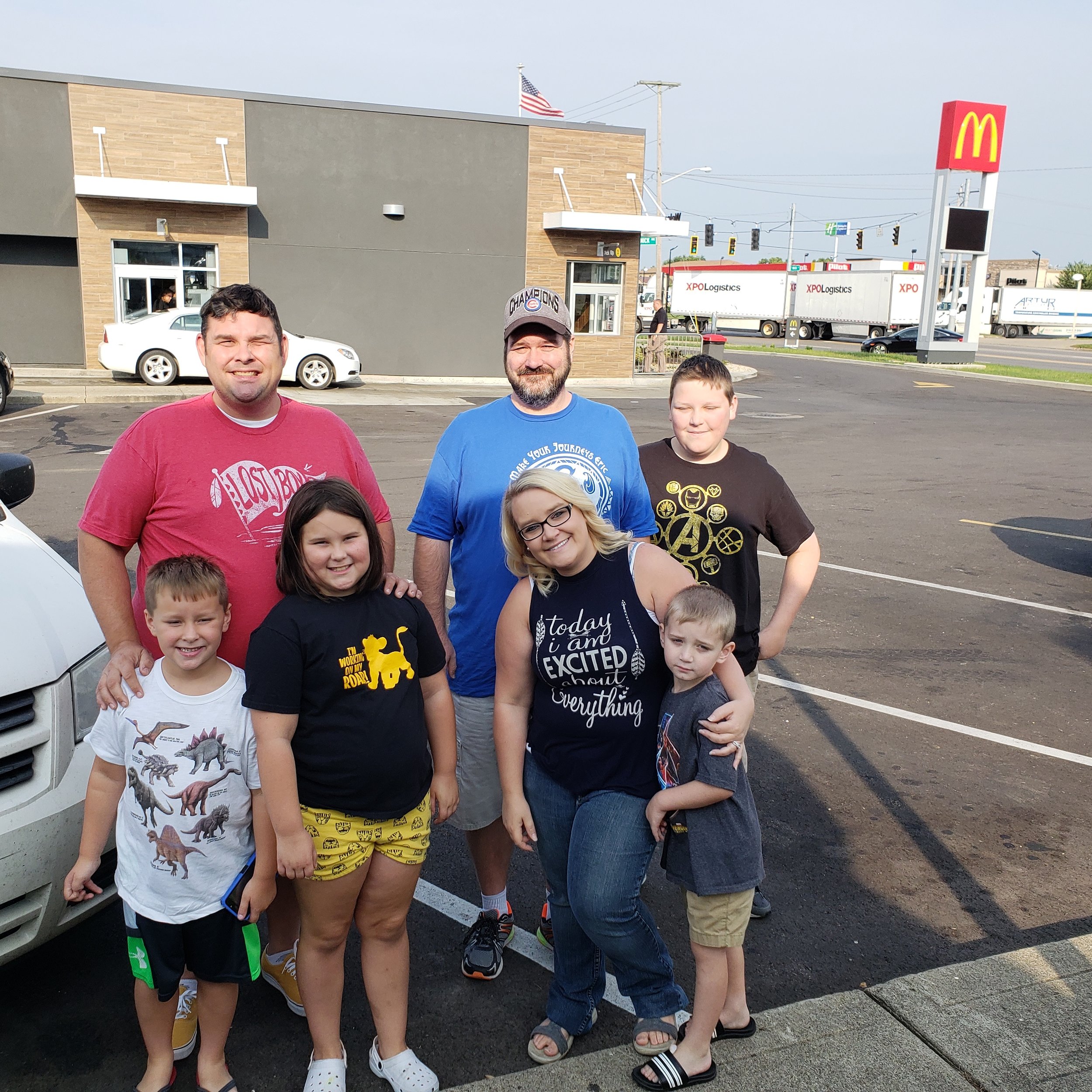 Once we were at the meet, I was able to meet some Disney community celebrities, such as Lou Mongello of WDW Radio, Mike and Rikki from the Be Our Guest Podcast, Kenny the Pirate from Character Locator, and Roxy Darr, who performed a wonderful concert of several Disney classics and some of her own songs. 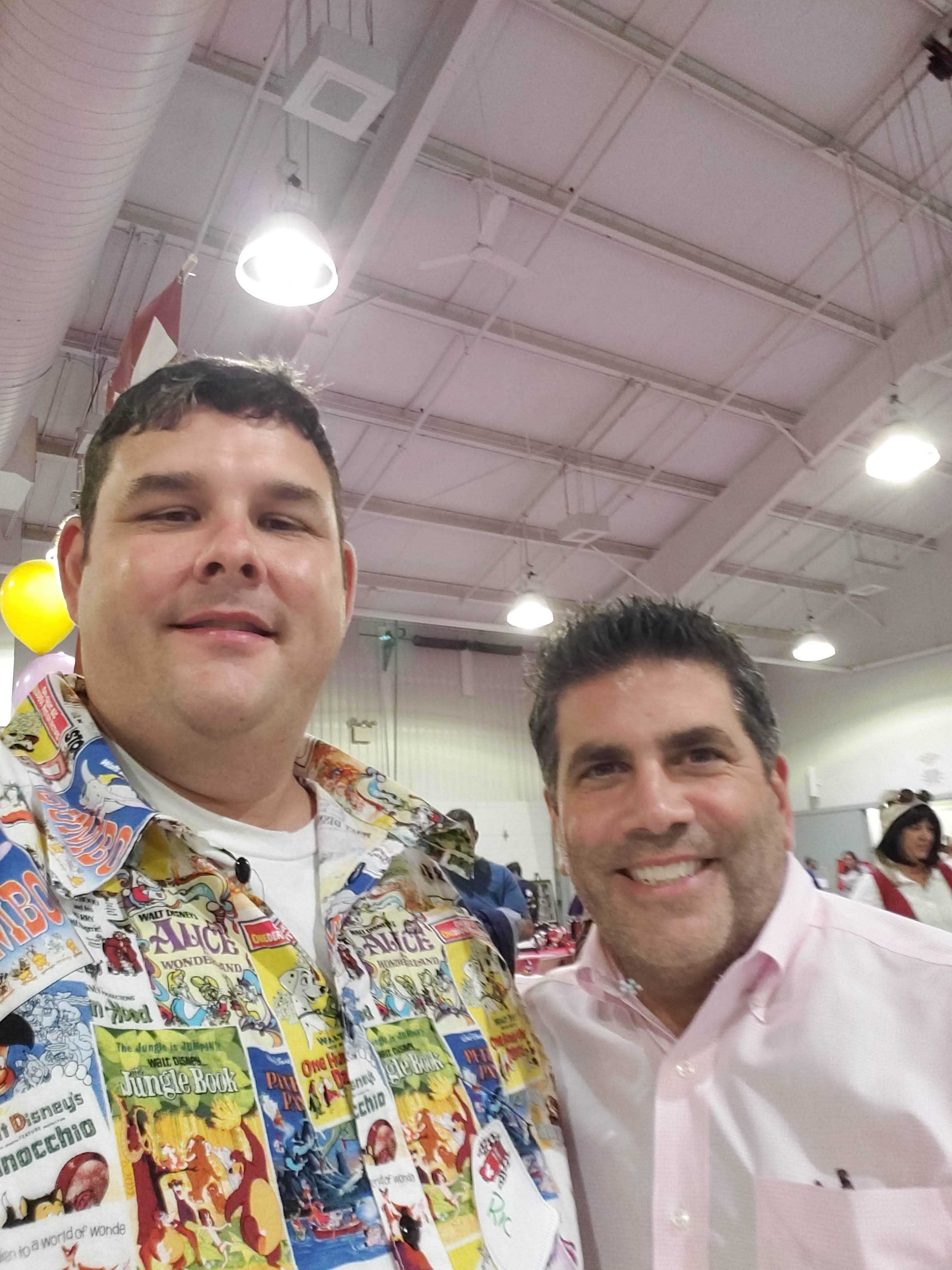 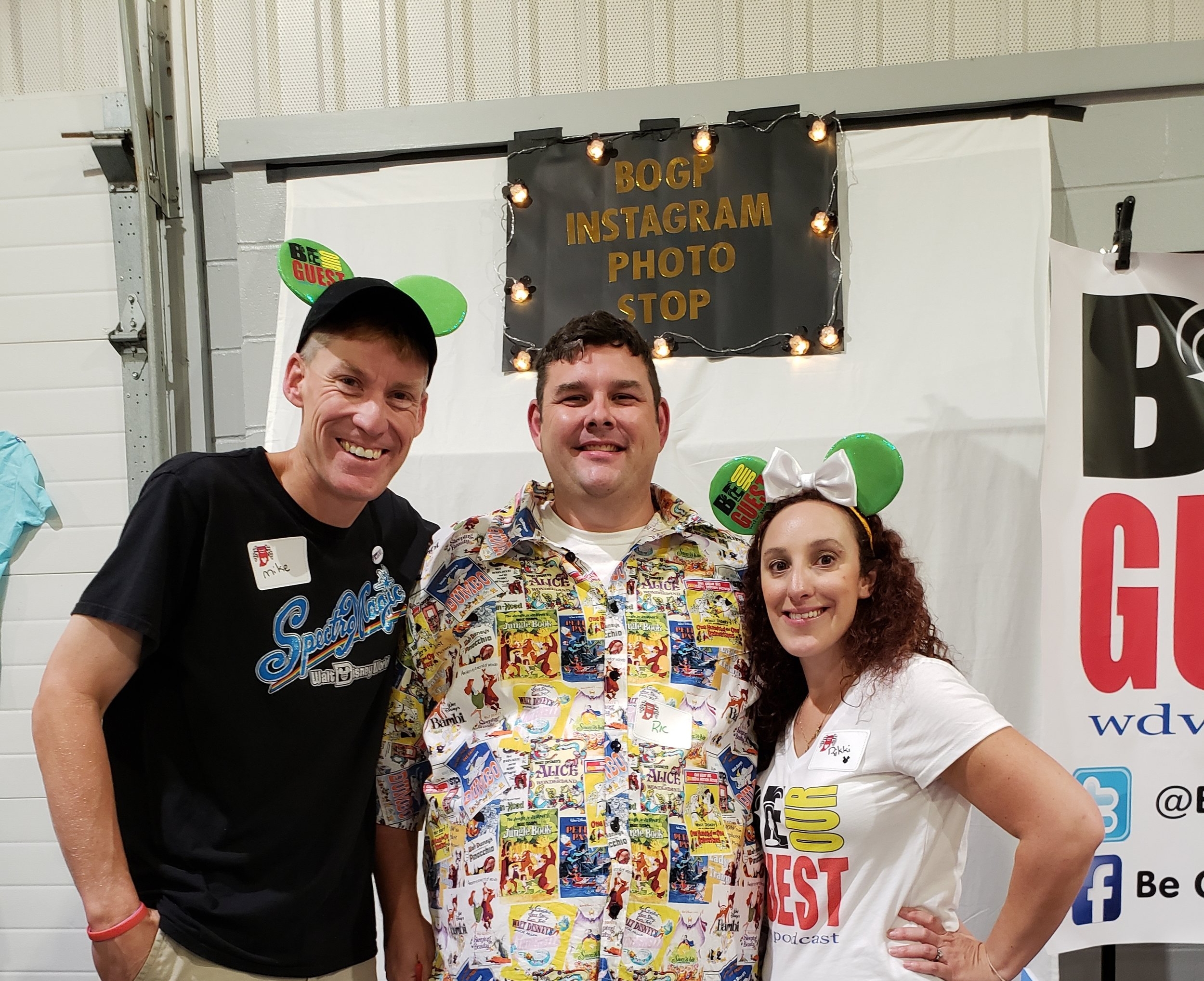 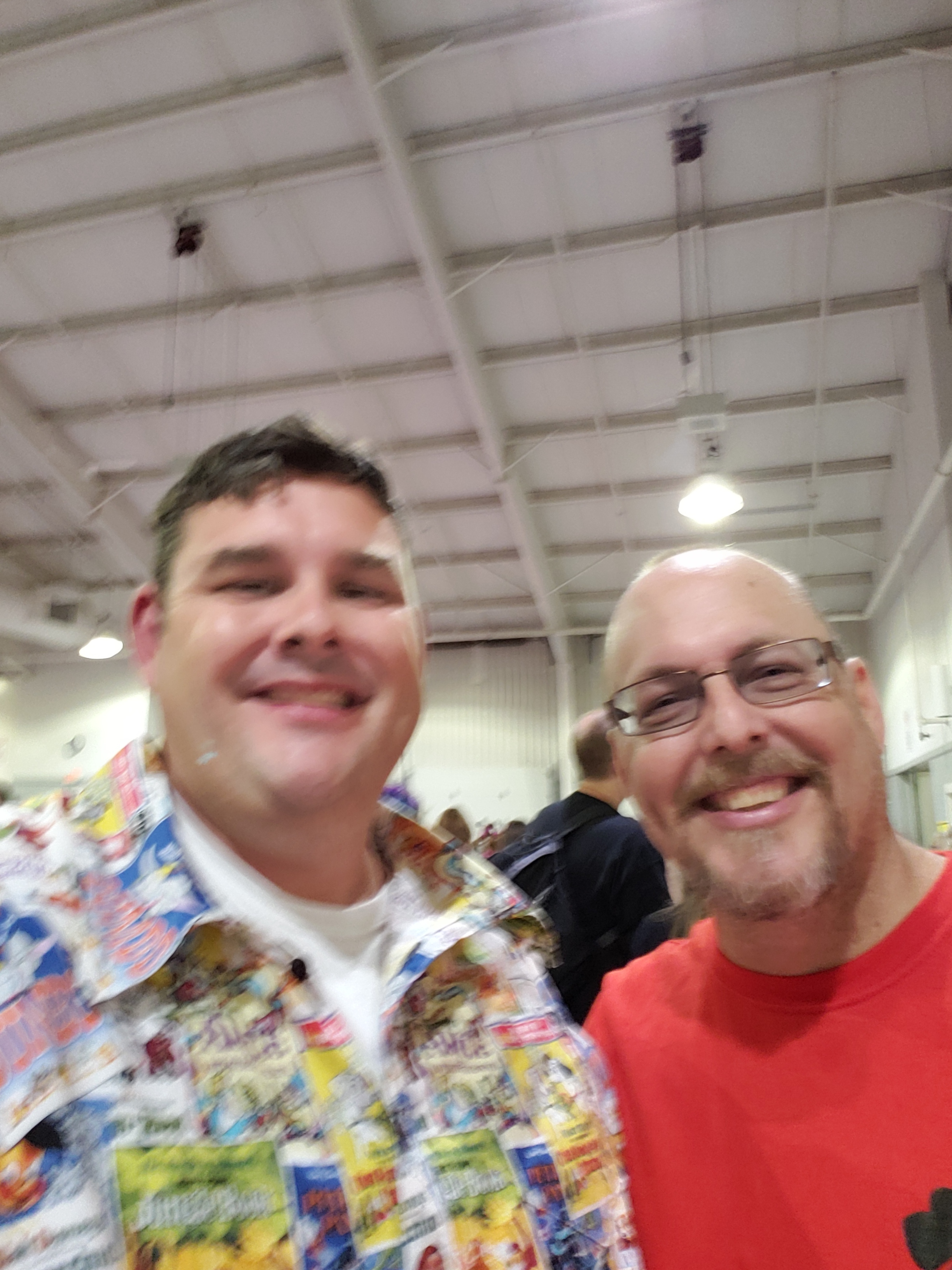 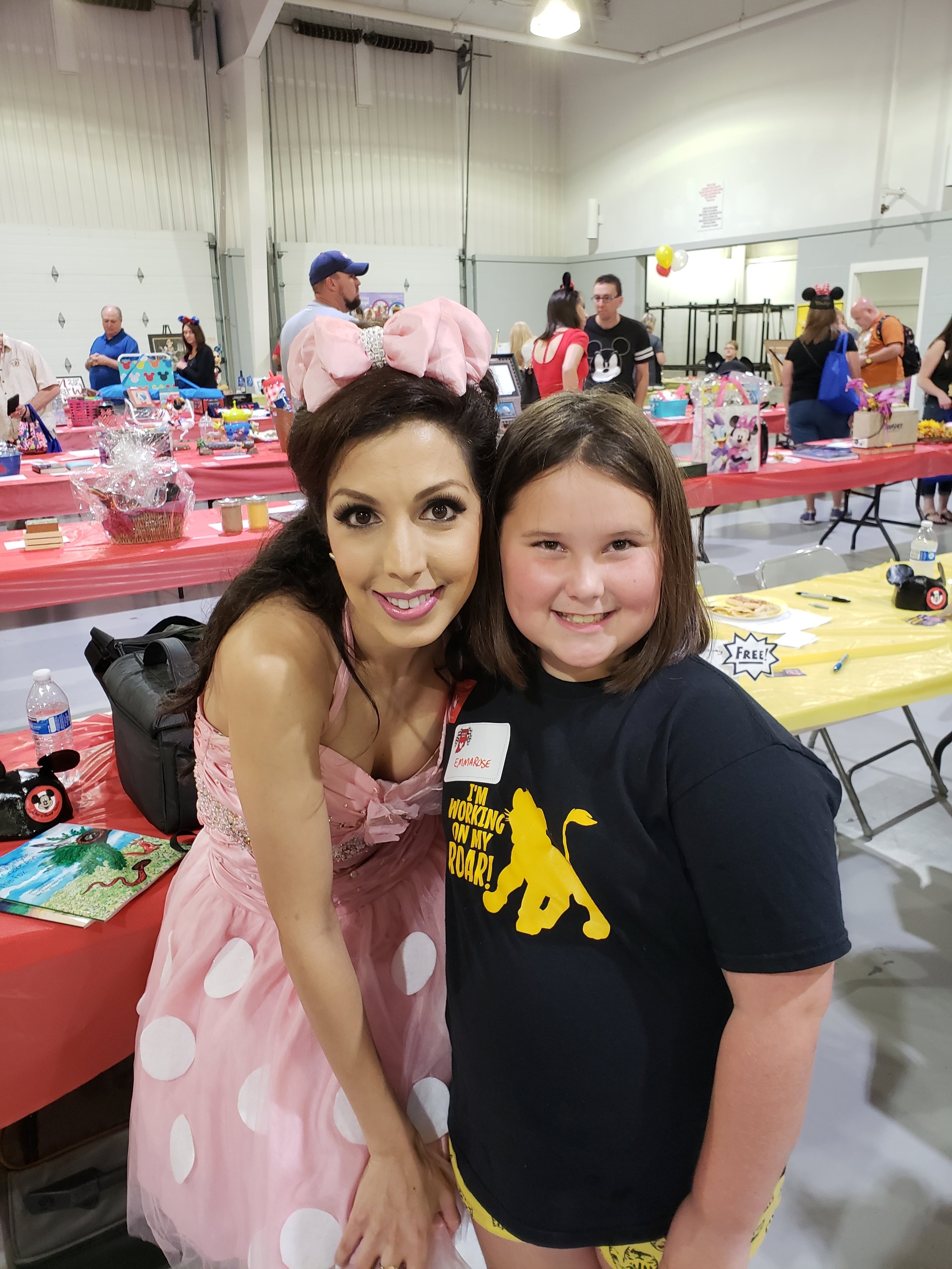 Without a doubt, the highlight of the meet was meeting some other Disney celebrities, and my friends Chris, Pete, and Stacey, from The Dub Dee Dub Revue Podcast, which is one of my favorite podcasts, and their cohorts from BuyandSellDVC.com, Scott and Bee. I also met Chad Pennycuff and his lovely family from MyDVCPoints.com.  Tyler and Katrina Lee, who are fellow listeners, and their kids were there as well. It is one thing to chat with people on Facebook and interact with them in the various Disney groups, but it is another to get to meet them in person. They were all so kind and greeted me like an old friend. I was able to sit and talk with them, and watch some of the antics that ensued with their giveaways. 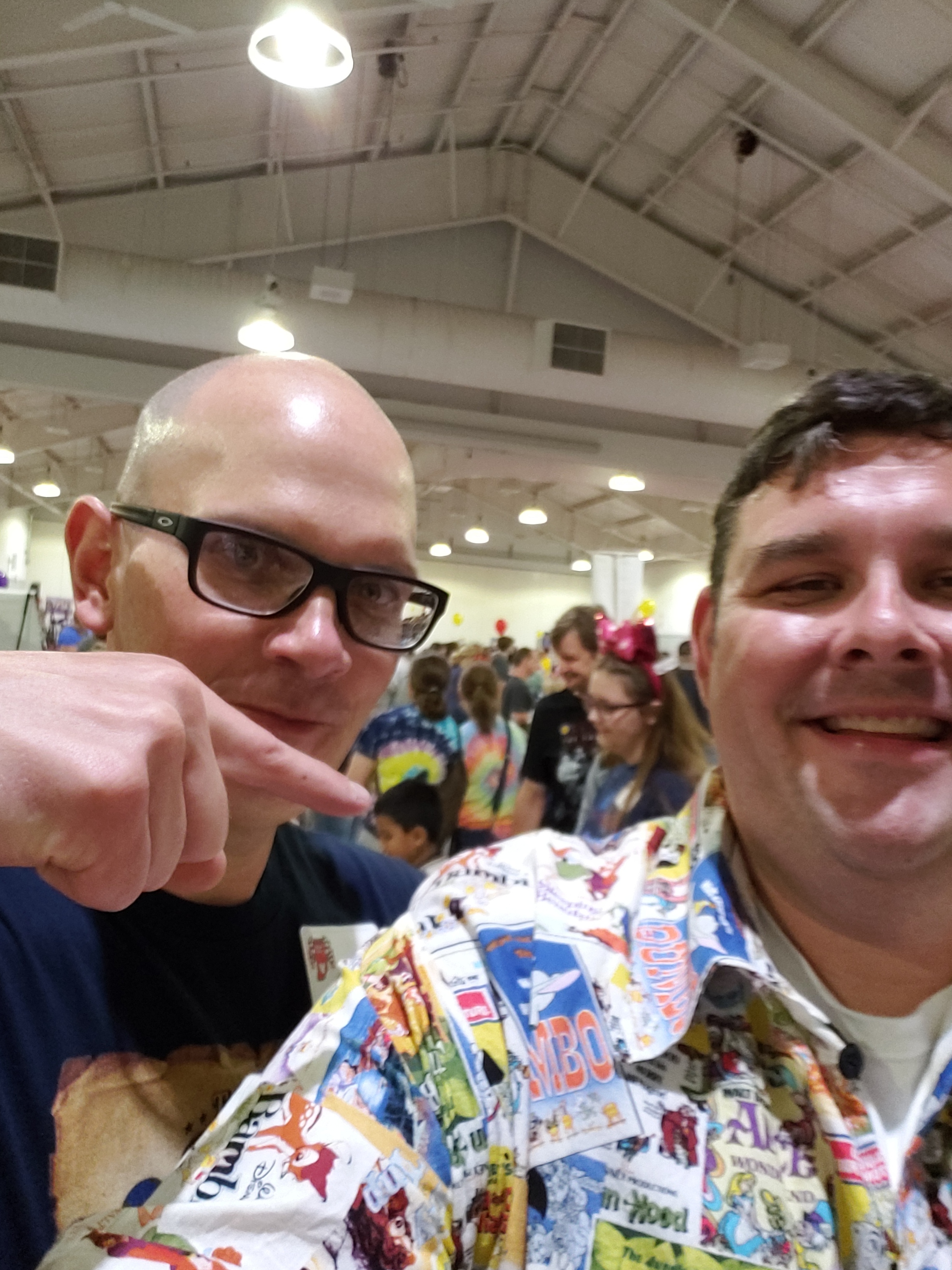 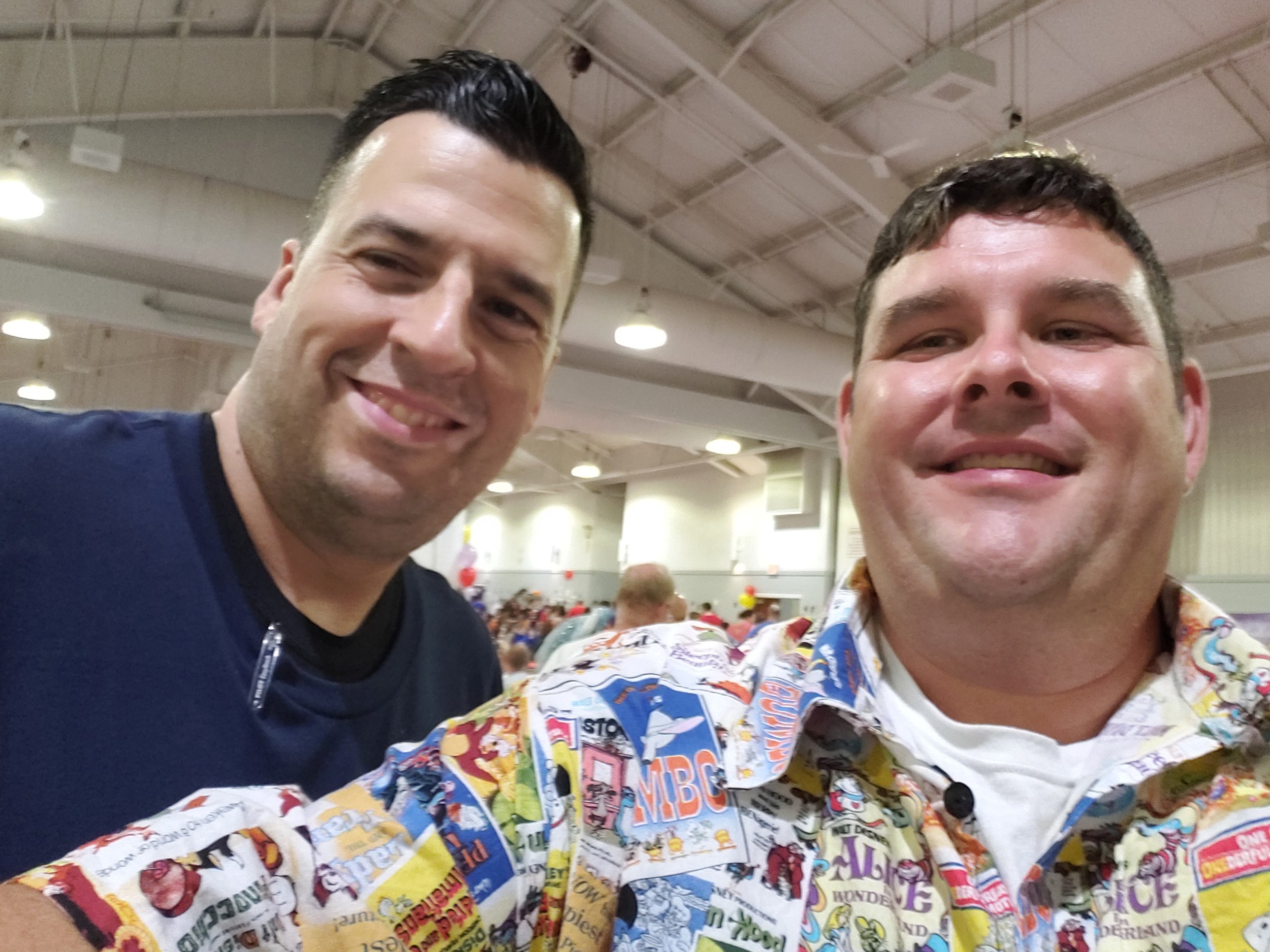 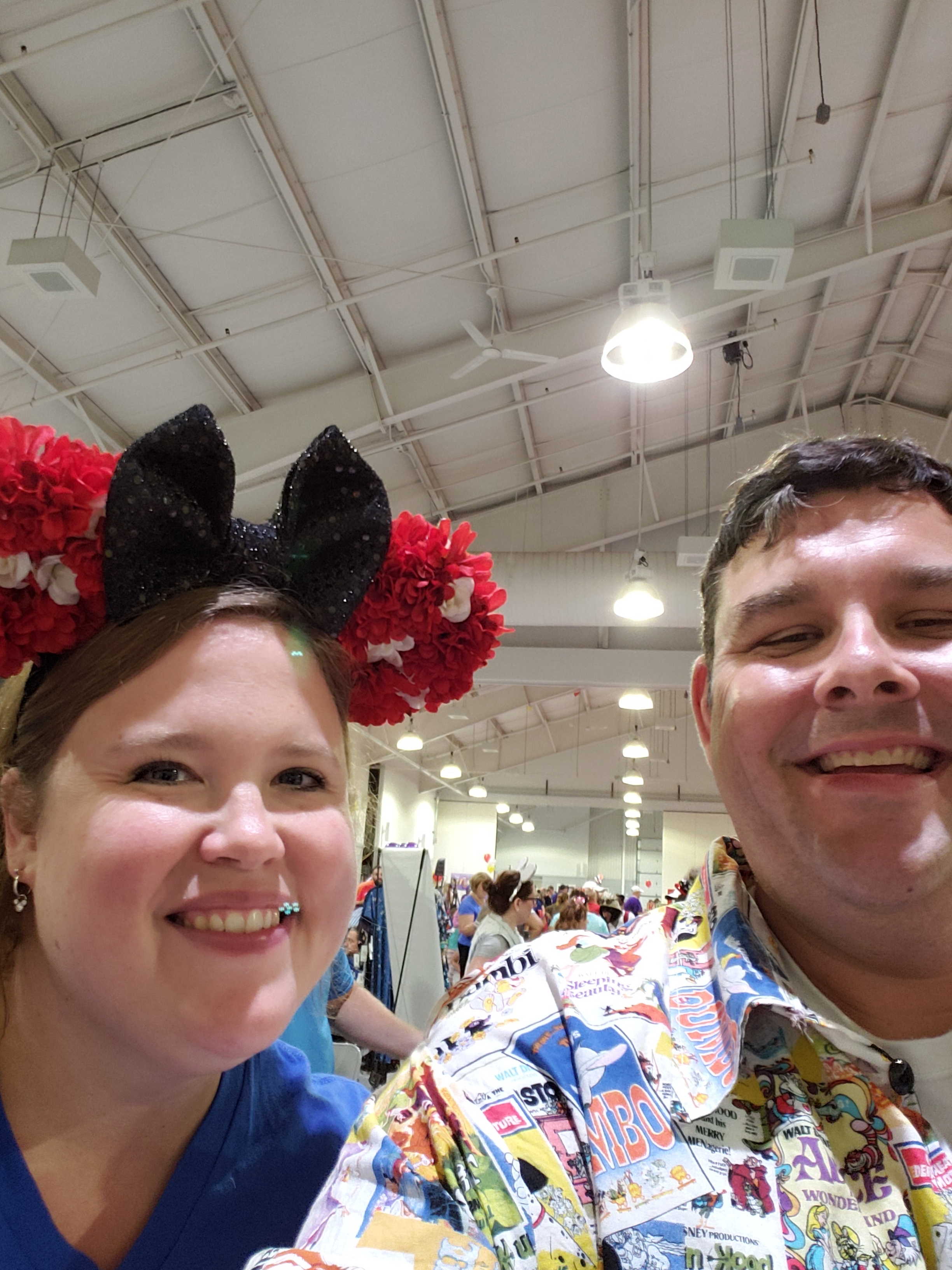 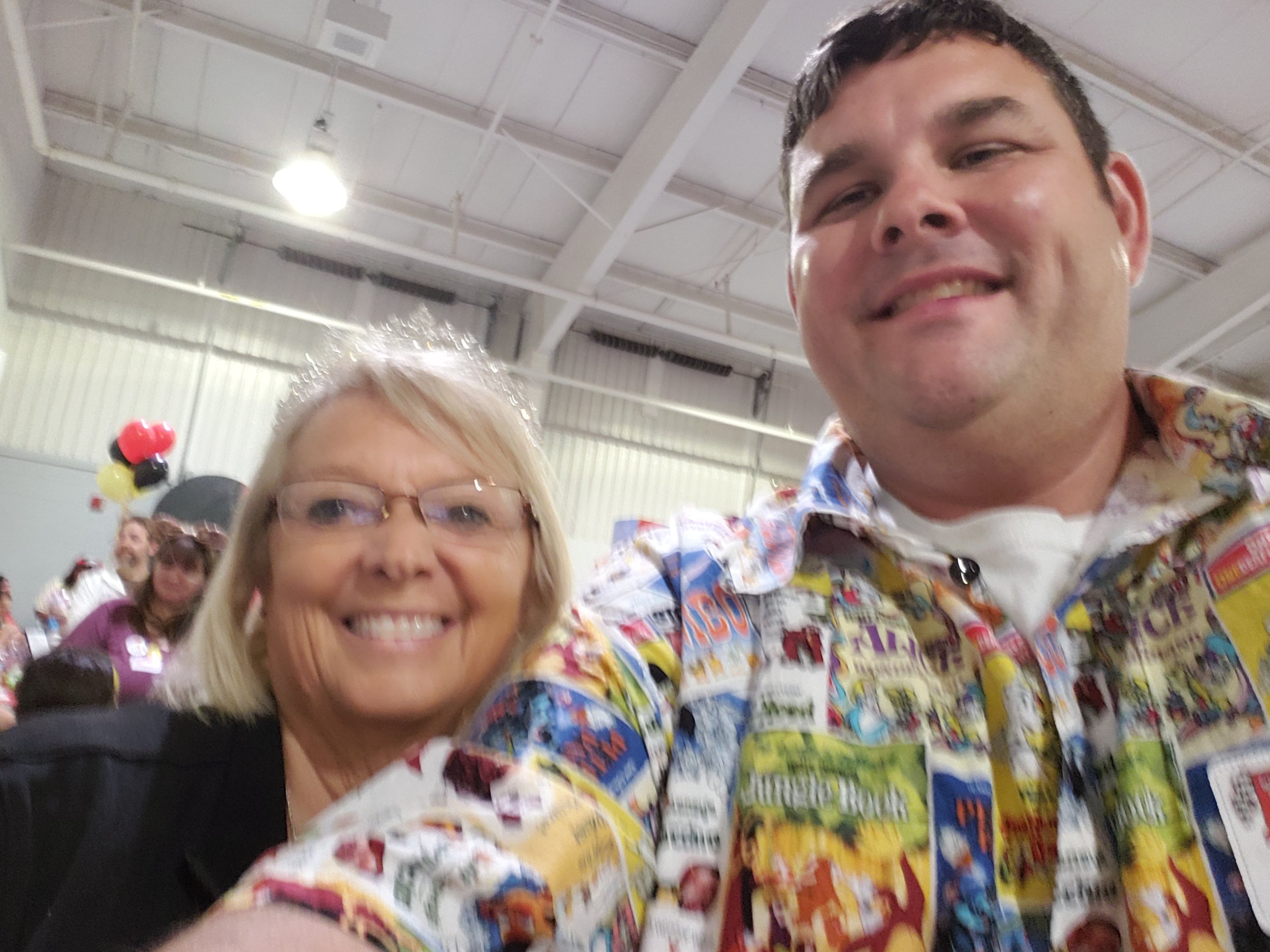 There was lots of free food, in addition to the free admission! There was a large area with kids’ activities, along with Princess and Star Wars meet and greets. 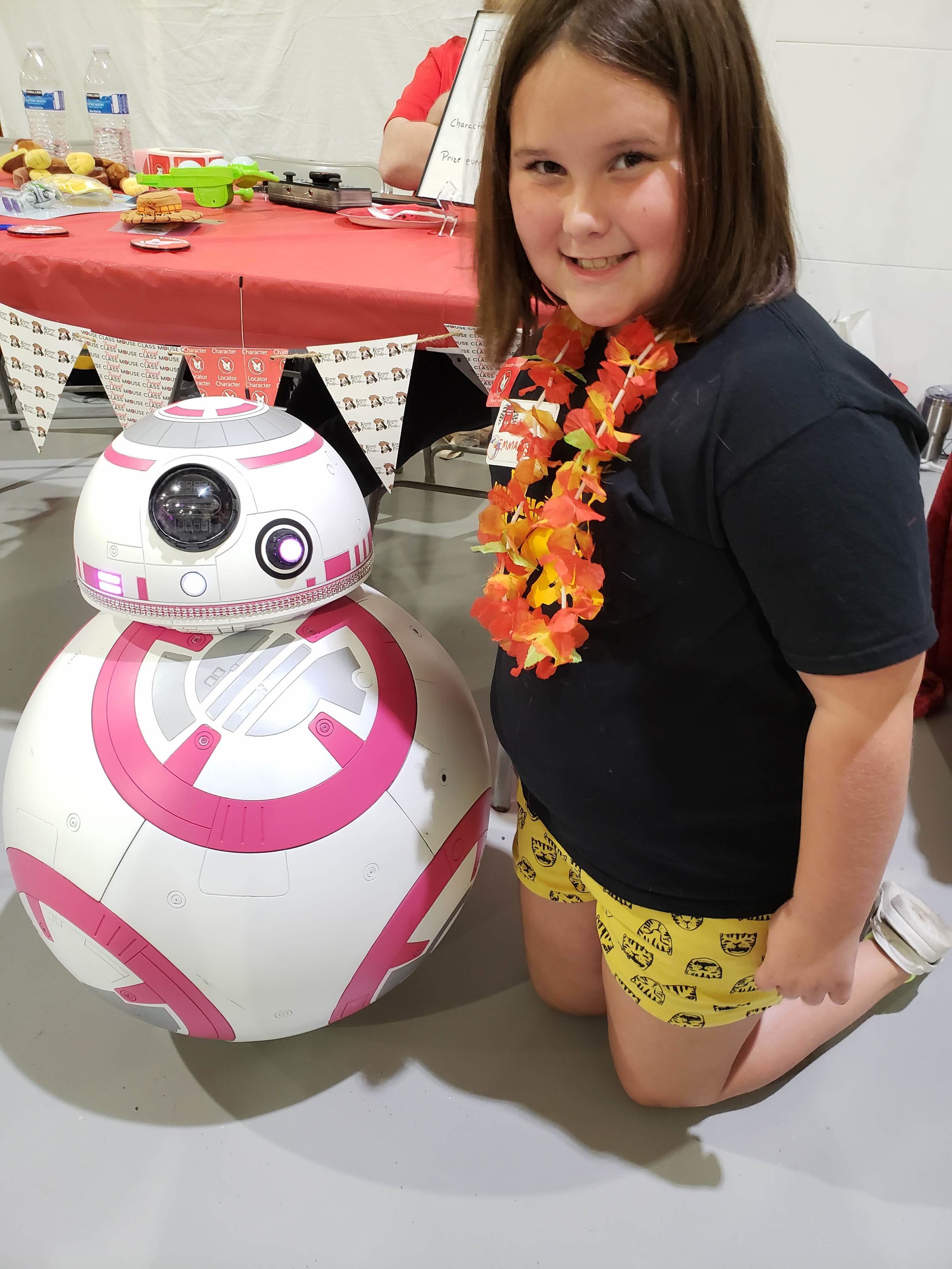 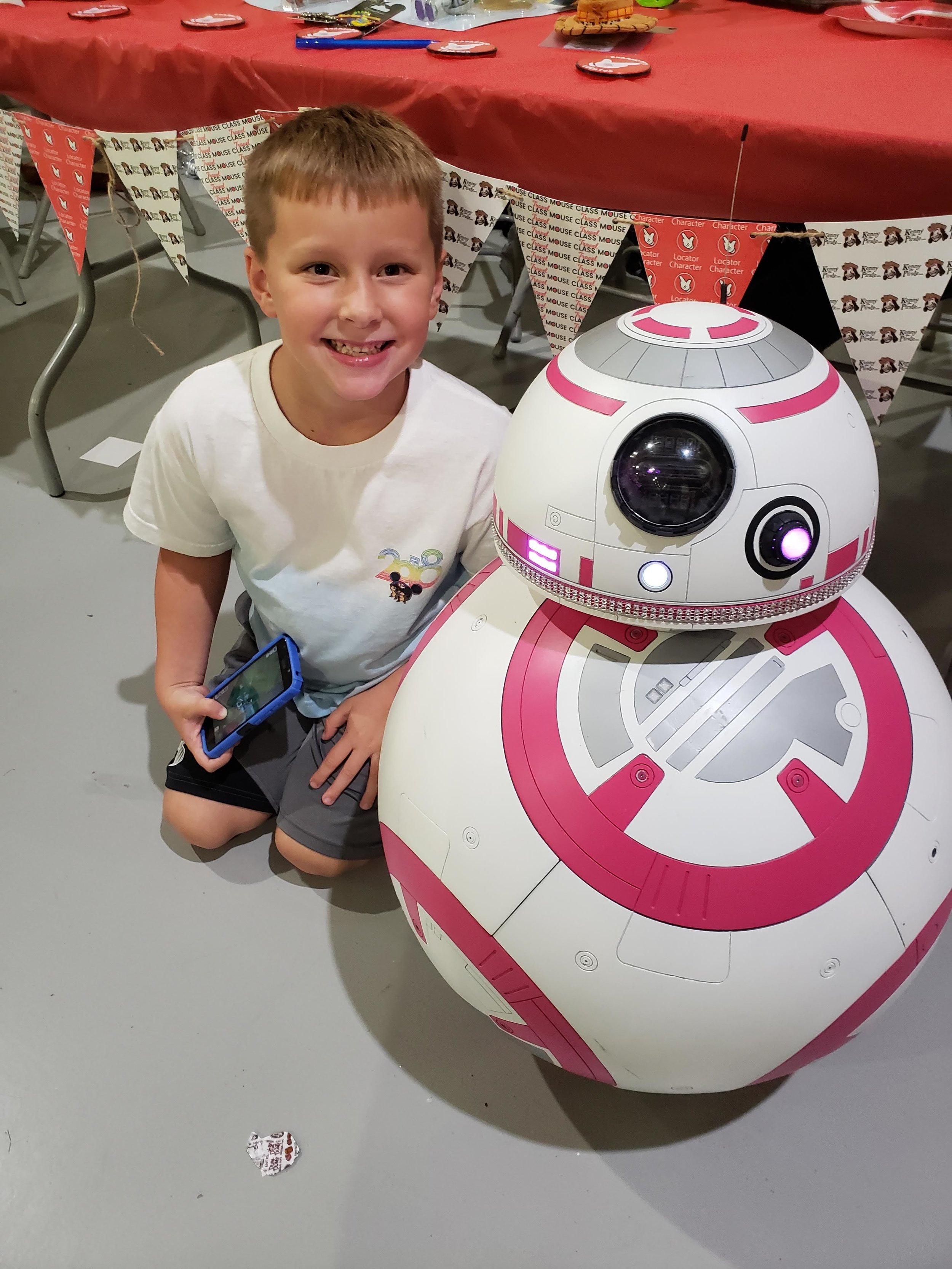 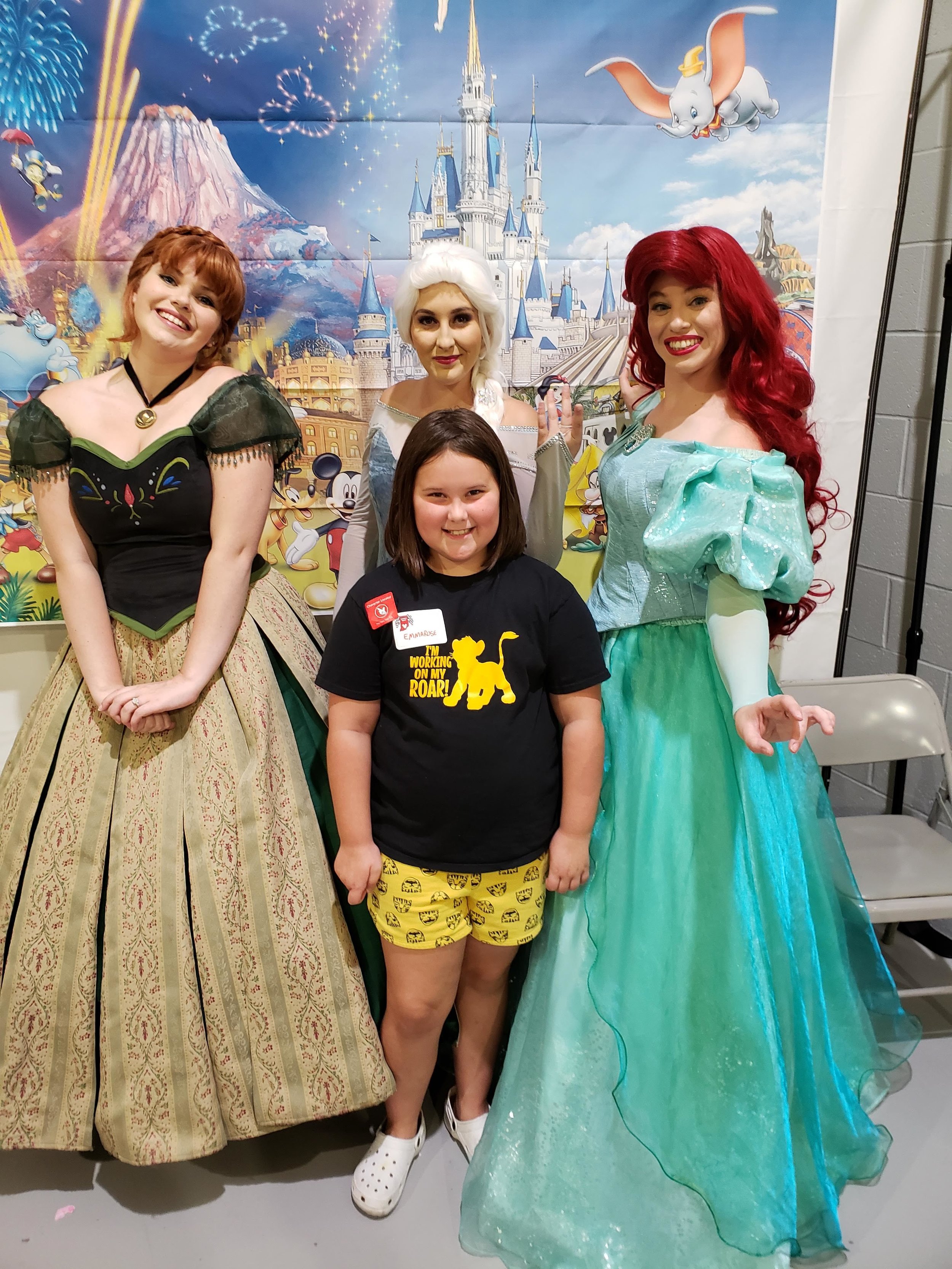 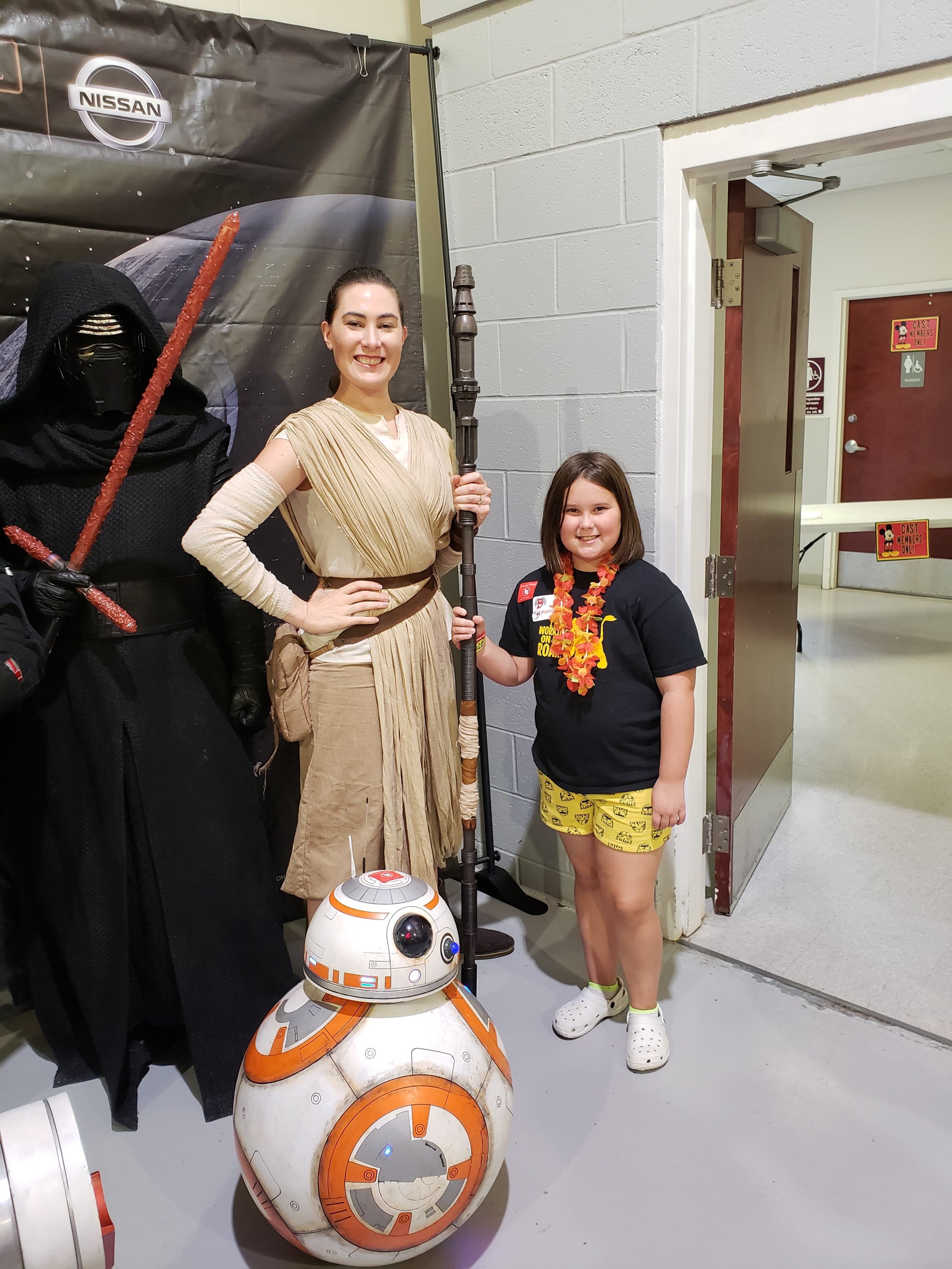 The Indy Disney Meet was a fantastic experience for me, and I am already making plans and looking forward to next year’s meet. It will take place on September 21, 2019. I highly recommend this event to any Disney fan and hope to see you there next year!