We checked in at Tomorrowland Terrace at 8:15. We were escorted to the viewing area and given wristbands. The Cast Member who was maintaining the entrance said we could leave as long as we were back by 9:15 for the show. Everyone was so tired that we stayed put. We staked out a spot and relaxed. It was nice to take the break after a long day in Magic Kingdom. There was even a PhotoPass photographer to take pictures with Cinderella Castle in the background. Soon after, the pre-fireworks people came in, but it never became too crowded. Most people sat down while they enjoyed the show. There was plenty of room to stretch out and the ability to sit made it much more enjoyable. 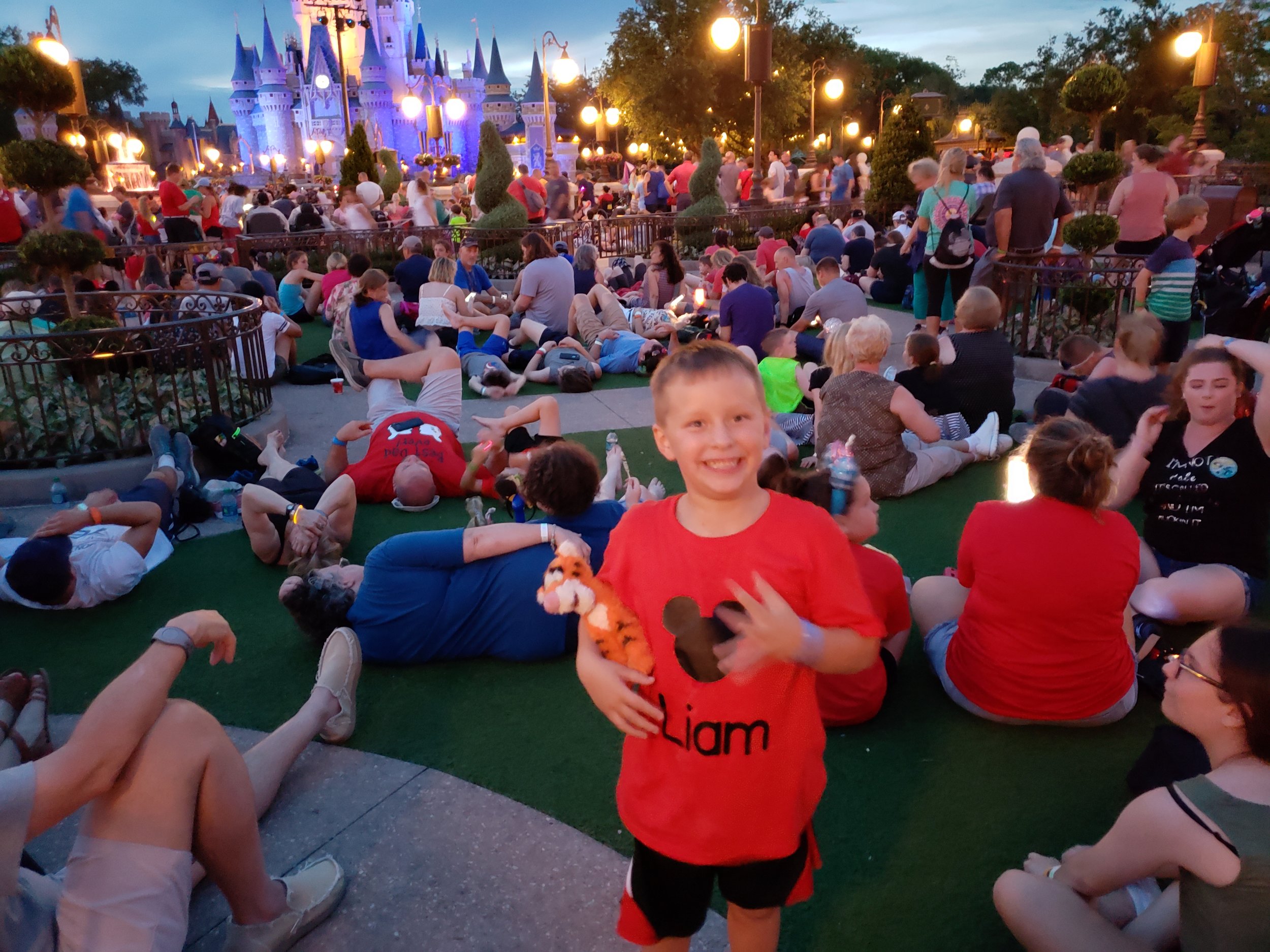 Happily Ever After was amazing. I had seen the show on YouTube, but even the best video doesn’t do this show justice. It was utterly amazing. Emma still doesn’t like the sound of fireworks, but the projection show made up for it. 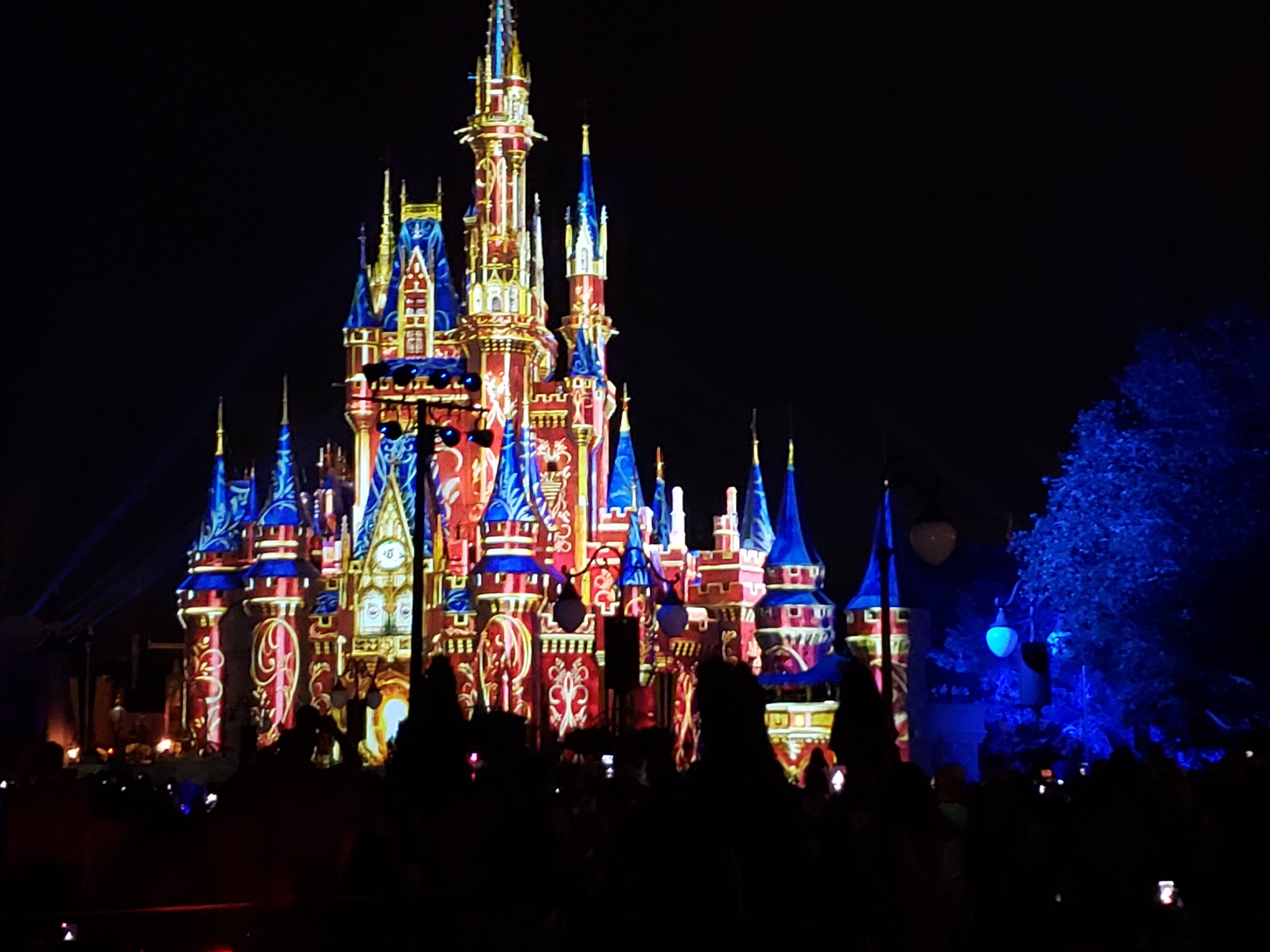 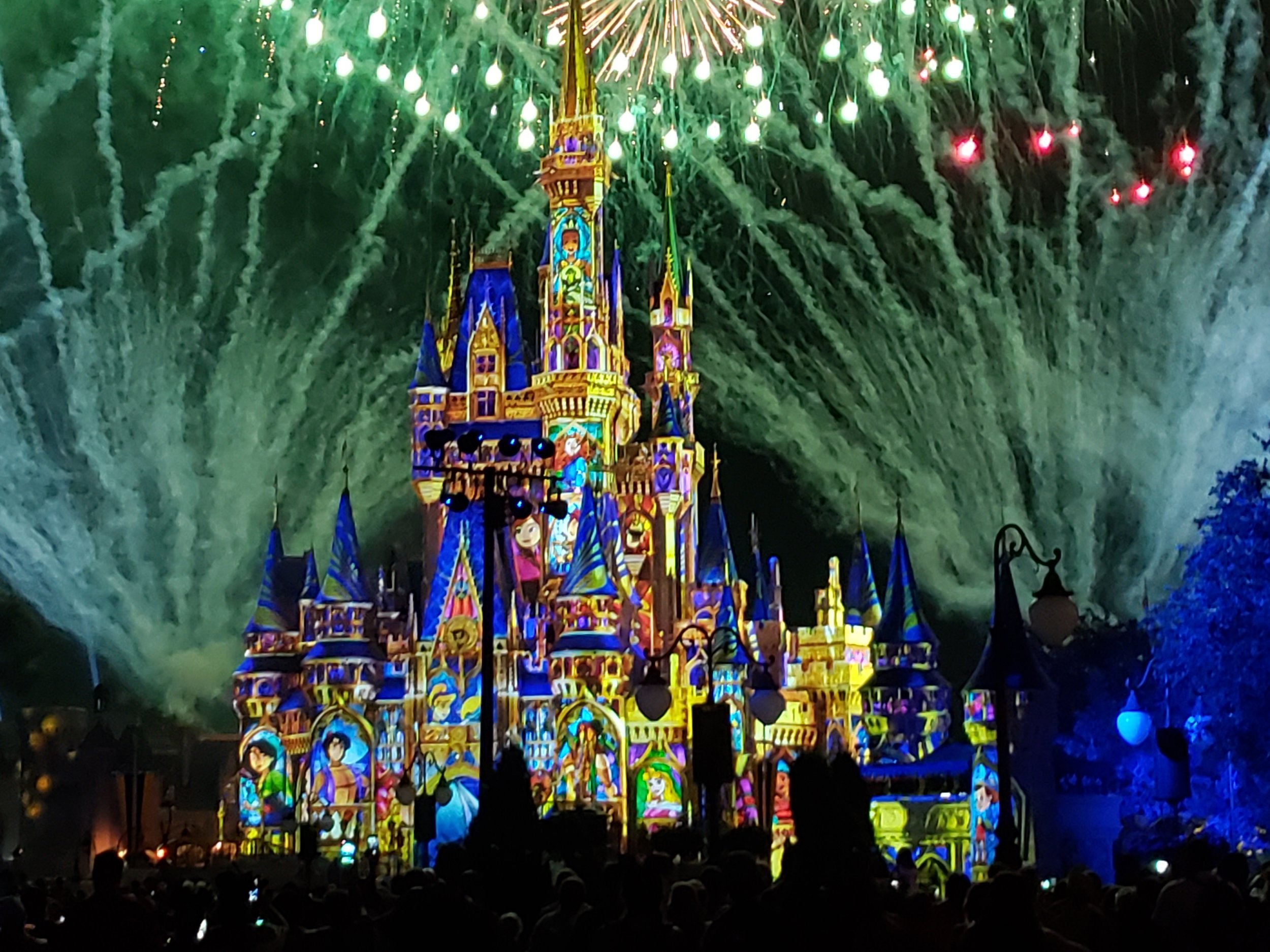 After Happily Ever After was over, we walked to Tomorrowland Terrace and were given a table. There was a huge selection of desserts, including a special dessert that was themed to each of the lands in Magic Kingdom. The desserts and snacks were so tasty. The kids were amazed to see all the desserts available and couldn’t believe they could have whatever they wanted. 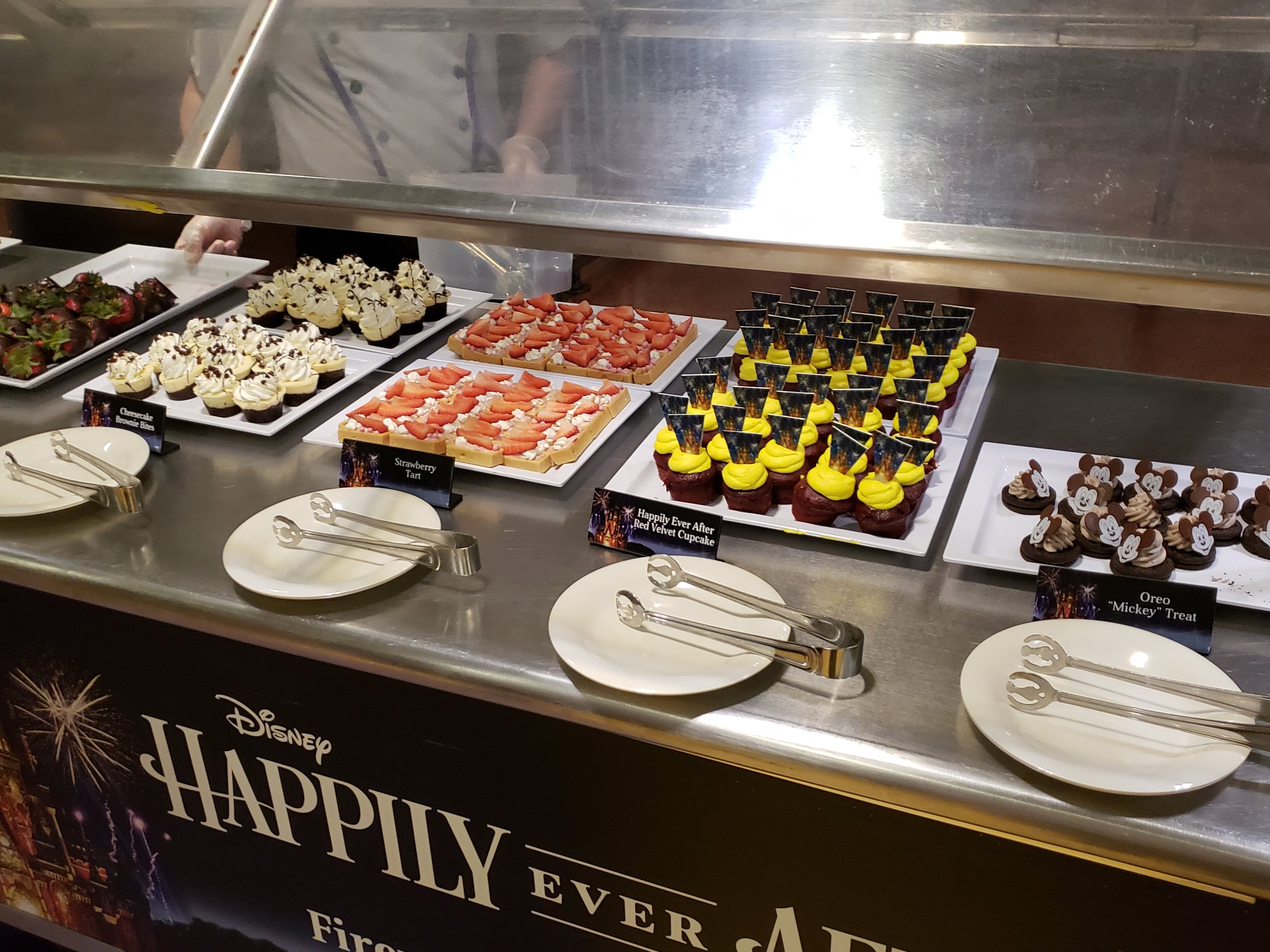 My favorite items were the taco egg rolls and the cheesecake brownie. Everything was amazing!

Near the end, a Cast Member came over and said, “I hear we have a celebrity here,” and gave me a special chocolate-covered strawberry with “Happy Father’s Day” written in chocolate on the plate. 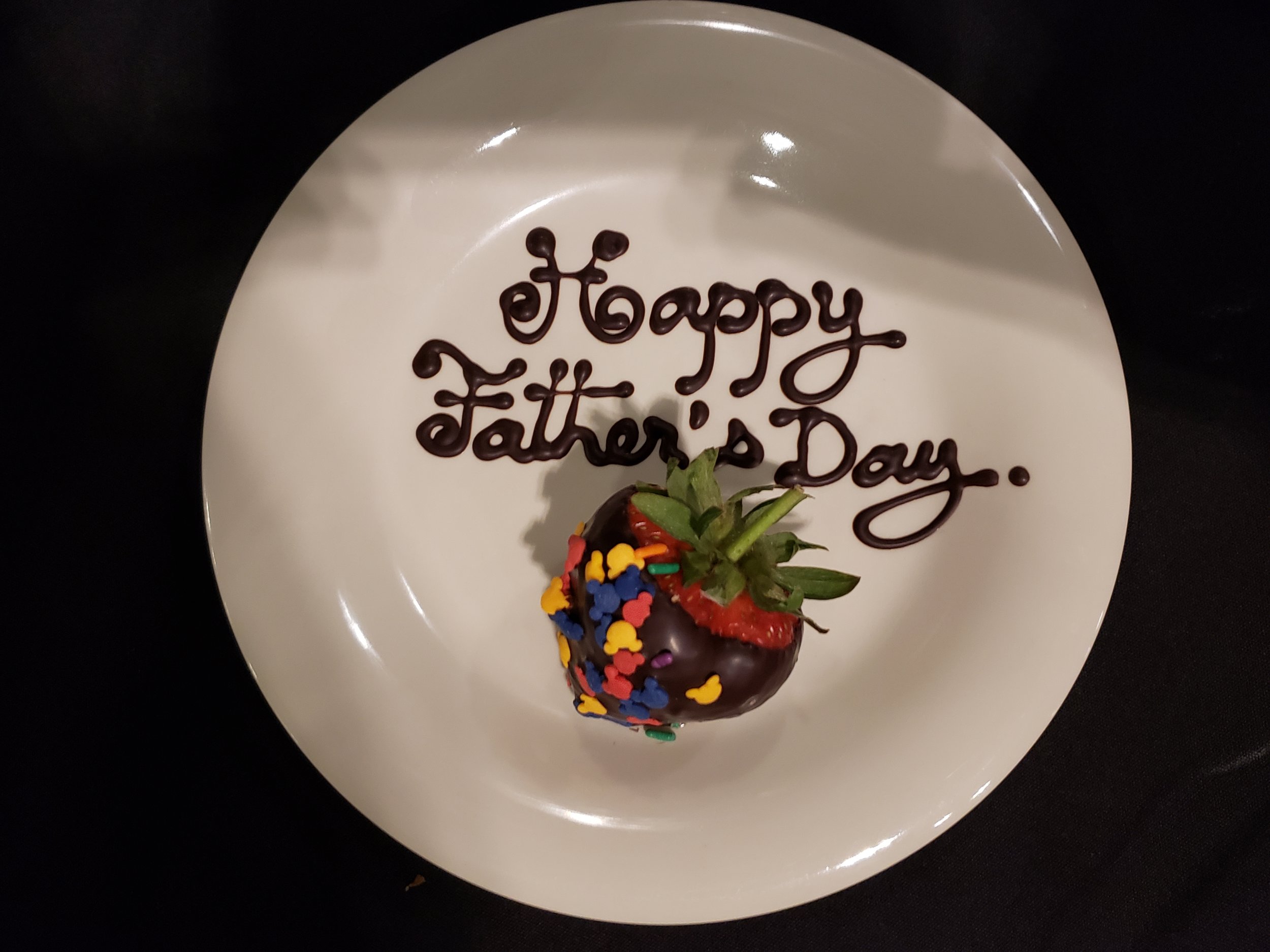 Once we had our fill, we left the park. A benefit that puts the After Fireworks party ahead of the Before Fireworks party is that a large portion of the crowd leaves while you are enjoying the party.

I would definitely recommend this party to anyone who wants to enjoy a relaxed atmosphere during the Happily Ever After Fireworks show. Contact your Travel Planner to add the After Fireworks Dessert Party to your next trip!