I think we can all agree that Disney magic is real. There is just something about walking in the Disney Parks and just having your breath taken away. From the fantastical landscapes to characters from your childhood coming to life to attractions and rides that take you to other worlds, magic is everywhere. It is literally in the air. However, there is one type of magic that outstrips all the rest-the magic of the cast members. Cast members make the magic! They just bring something extra to the experience with their kind words and smiles that is indescribable. Every now and then, usually when it’s least expected, you might receive some extra “pixie dust,” so I want to share some of the extra-magical moments from our last trip.

The first bit of magic involves a bit of nasty behavior. We rode Seven Dwarfs Mine Train, and my daughter accidentally left her Minnie Ears (not our Magical Mara Designs set, thank goodness) in the little bag that is on the back of the seat to hold your personal items. Once we realized it, we went to the Cast Member, Elizabeth, at the end of the ride, and she proceeded to check the bags on each train as it came in with her flashlight. As the third train came in, I saw a little boy pull the Minnie Ears from the bag, and his mother immediately took them from him and put them in her bag. Now I couldn’t prove they were my daughter’s set, so I told the Cast Member she didn’t need to look anymore and told her why. She said, “That’s not cool. Hold on a minute,” and she made a phone call. She told me to stop and talk with the Cast Member at the end of the exit line. My daughter and I stopped and spoke to Katie, and she gave us a coupon for a free set of replacement ears. This bit of magic certainly brightened my daughter’s day!

The next bit of magic came from Barb, who works at the Concierge Desk at Pop Century. I stopped by to ask for some assistance, and we started talking about how my wife and I were celebrating our 20th wedding anniversary. She made us a set of celebration buttons to wear, but the real surprise came later that day when I noticed the message light flashing on our room phone. She had called and left us a voicemail, congratulating us on our anniversary and even sang “Happy Anniversary” to us!

We were also pulled to a separate room as we entered The American Adventure at the American Adventure Pavilion in Epcot. Unfortunately, I don’t remember his name, but he was a super nice older gentleman. He told us that we had a phone call, and to pick up the phone and dial a number. When we did, Mickey Mouse congratulated us on our anniversary as well!

The final instance of Cast Member magic came from our Minnie Van driver, Laurence. We took a Minnie Van from Pop Century to Pioneer Hall at Fort Wilderness to see the Hoop-Dee-Doo Musical Revue. Laurence was our driver, and he was very engaging. He asked us about our day and our trip. My older daughter and her friend were telling him about our day at Hollywood Studios and he picked a Star Wars playlist for the radio. The girls told him that the only ride they weren’t able to ride was Rock ‘N’ Roller Coaster. He told them that Disney couldn’t have disappointed guests and that he was going to give them a Fast Pass+ for them to use when we went back to Hollywood Studios. When he dropped us off, he took a picture of us with the van, and we left for the show. (Now this is where the real magic comes in!) We had been at the show for about an hour because we had waited to enter and were on the dinner course, when someone came up behind me. It was Laurence! He realized he forgot to give us the Fast Pass+ and drove all the way back to make sure the girls got it! I was blown away by his willingness to go above and beyond to make us smile. 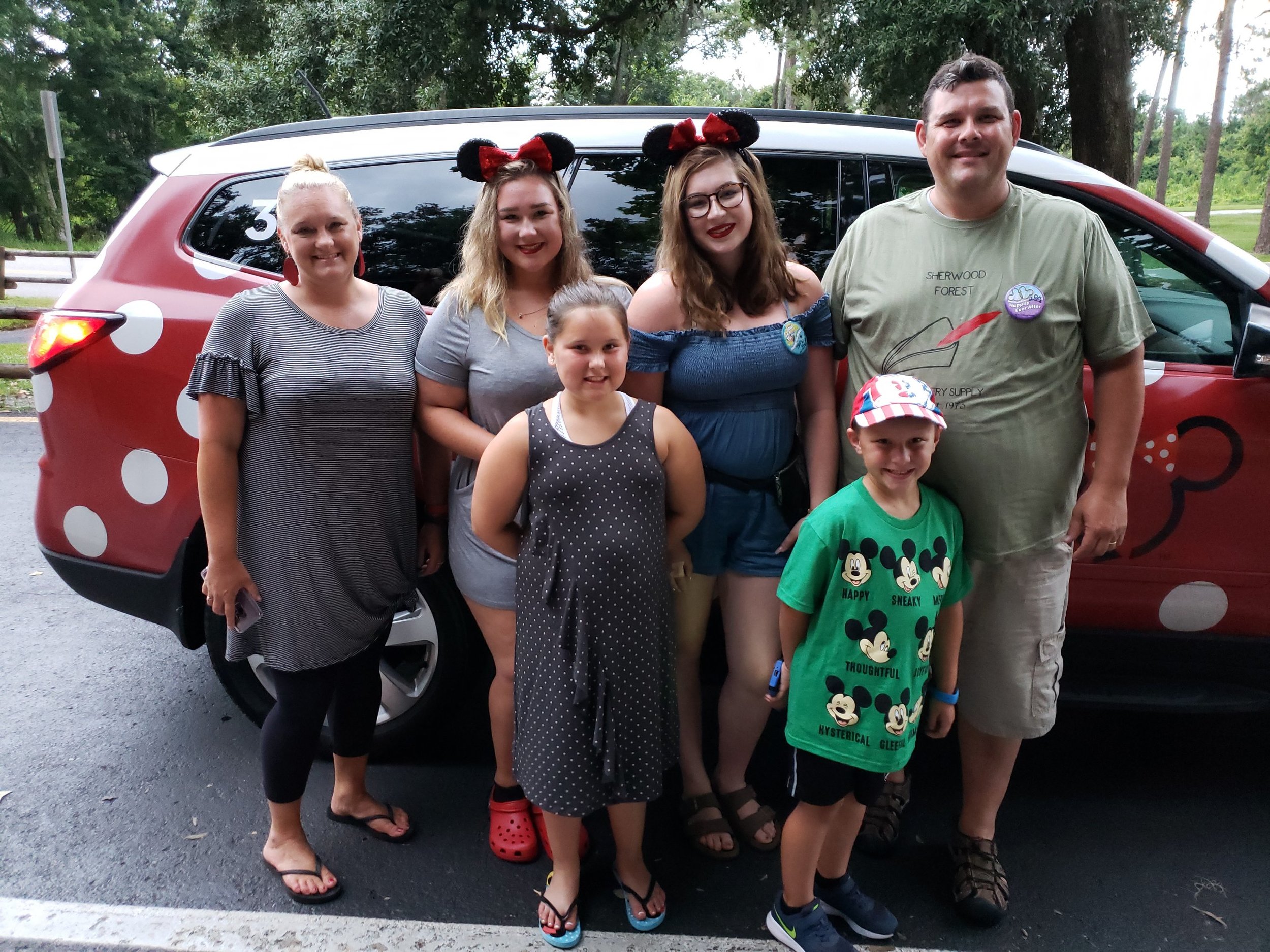 These are just a few examples of the magic that Cast Members provide. The friendly smiles and greetings we get as we went throughout our days were just as magical. It makes me smile from ear to ear hearing a Cast Member say, “Happy birthday, princess” or “Hello, princess” to one of my girls. I would like to encourage my readers to make sure that they respond in kind, offering a greeting and a smile to the Cast Members, and taking the time to talk to them. Walt Disney World is such a melting pot that you can meet someone from just about any walk of life, and it is always nice to have a chat with someone new.

If you happen to have an extra magical experience, try to take the time to recognize it. Thank the Cast Member. You can also stop at Guest Relations and relay the thanks there, but one of the easiest and most fun ways is to send a tweet to @WDWToday on Twitter with the Cast Member’s name, location, and a brief description of what happened. The information gets shared with the Cast Member and goes in their file (from what I understand), and sometimes they get presented with a photo of the tweet and @WDWToday will respond to your tweet with a thank you. 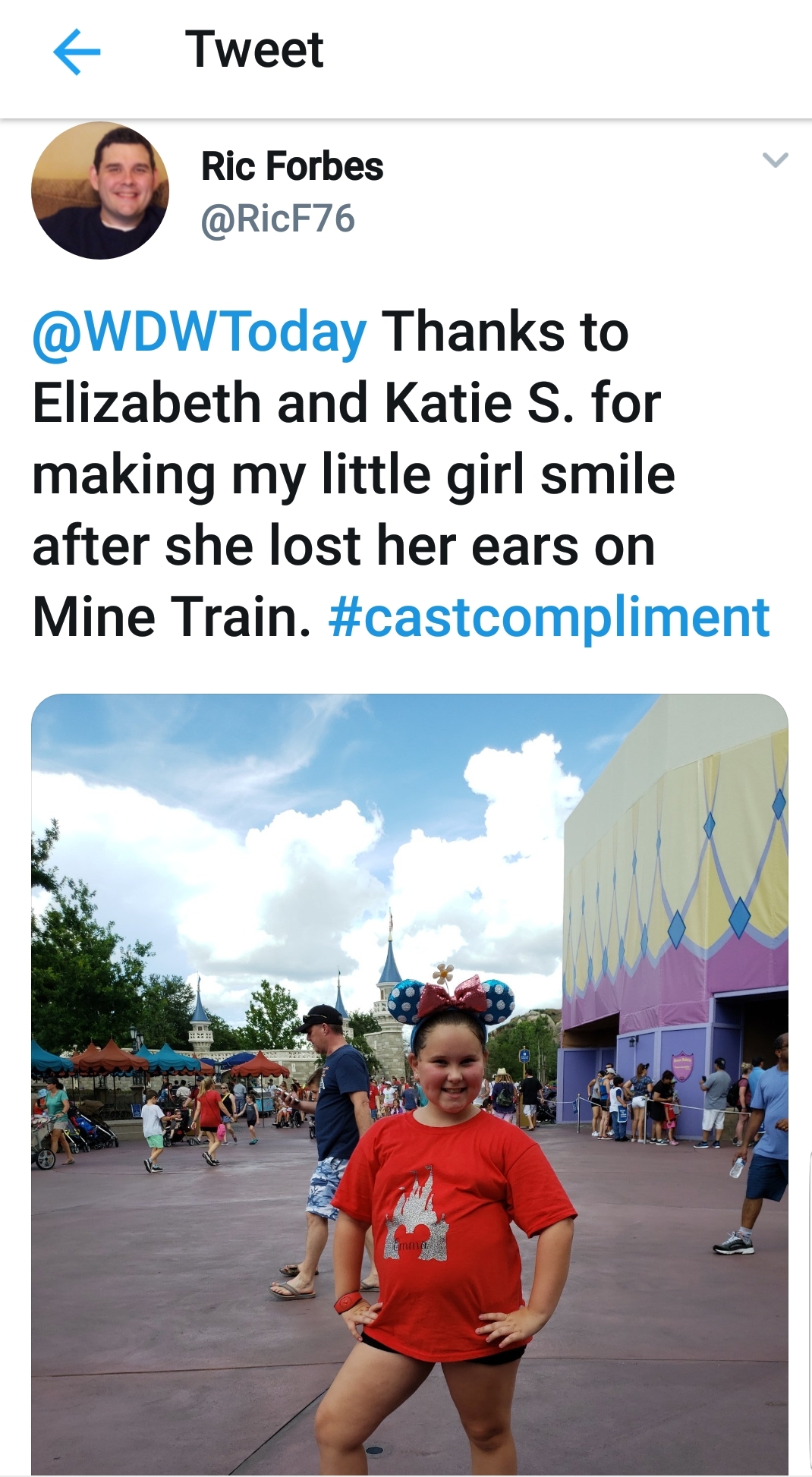 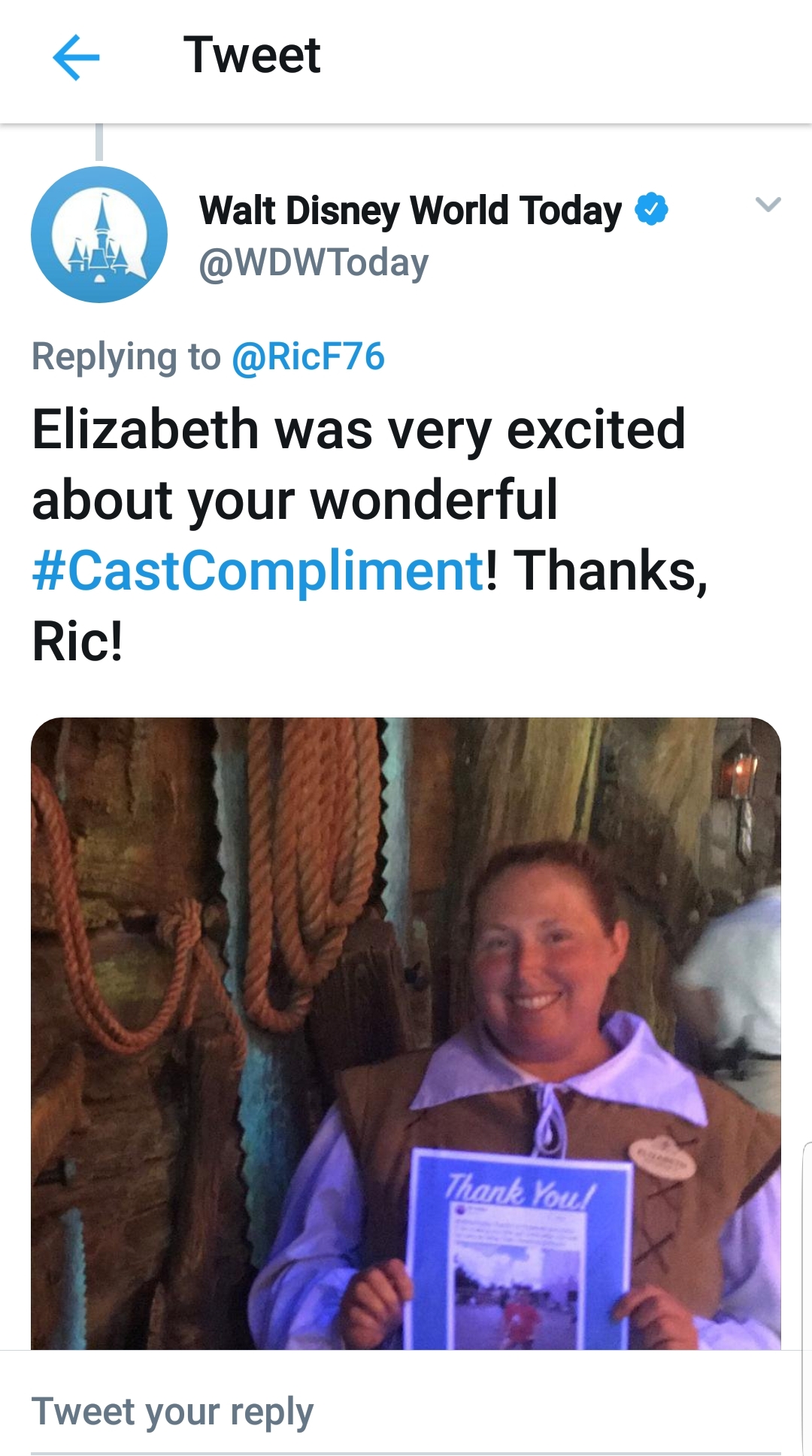 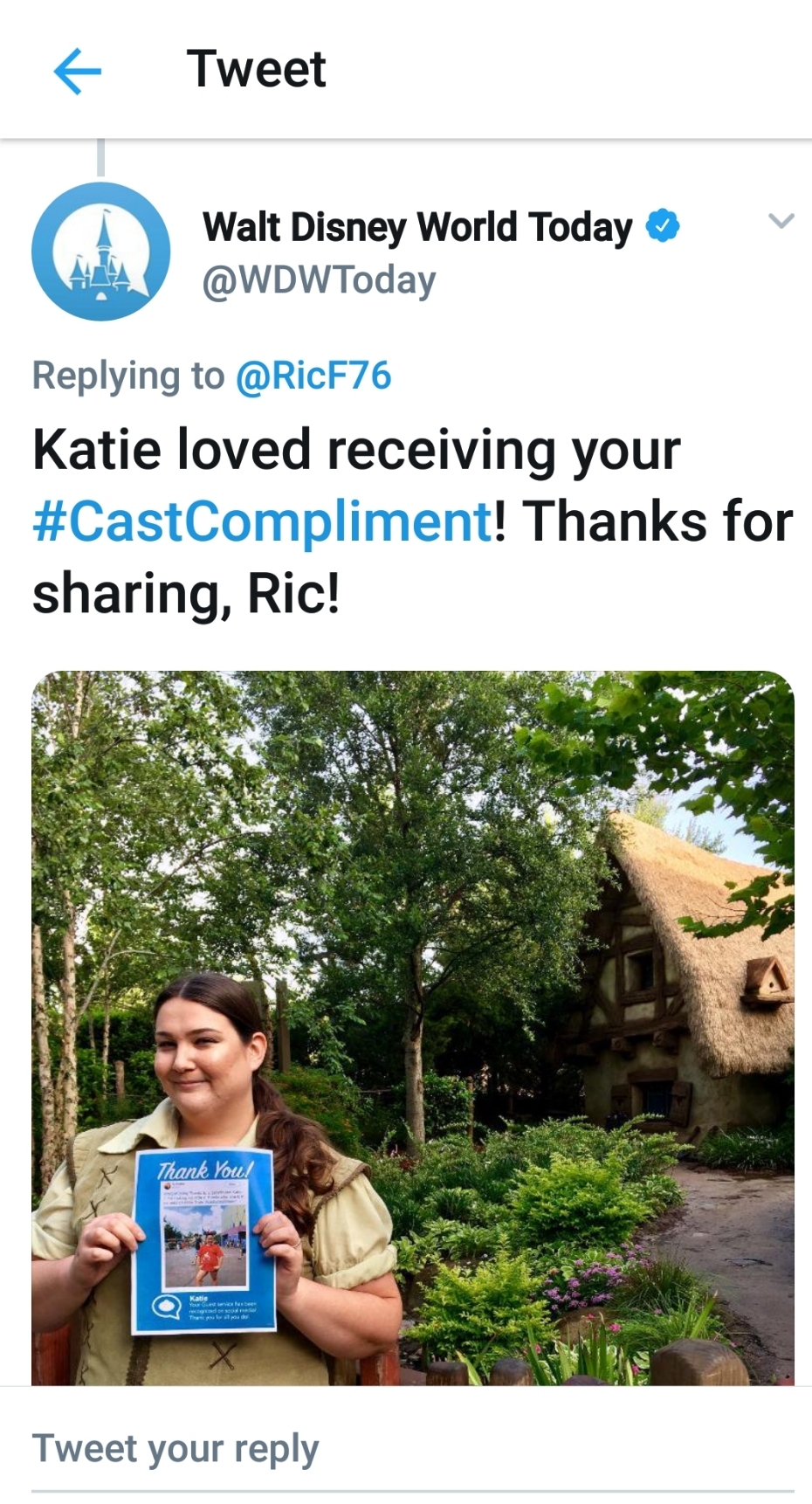